Caught in a Celluloid Jam

From punk to Satan, a journey through cinema sub-genres.

I first connected with Triple R in the late '90s, when I was in my teens. I began to discover Australian music, which led me to the joys of Triple R!

A deep sense of community. I’ve always loved listening to Triple R, but since I began presenting on Plato’s Cave I’ve fallen in love with community and support that runs throughout the Triple R studios.

On Plato’s Cave, we were discussing the Neil Armstrong bio-pic, First Man. A listener called up and gave us a good talking to for promoting the moon landing as fact! Gotta love our beautiful, diverse audience!

Every year I make the trip to Connecticut to attend Camp John Waters. Which is exactly as the name describes, a camp hosted by Pope of Trash, John Waters. It’s like Jonestown, but with a happy ending!

The cinema door has accidentally jammed shut with you stuck inside. If there was only one film in there, what would you want it to be, and why?

Easy, The Rocky Horror Picture Show! It’s a beautiful combination of horror, sci-fi and musical, with fantastic costumes, set design and one absolutely stunning sweet transvestite! What more could you want?!

Caught in a Celluloid Jam

From punk to Satan, a journey through cinema sub-genres. 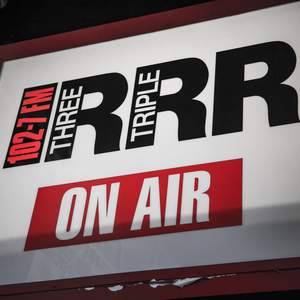