Presents Back and Forth

Mia and Tess take turns presenting music that brings us together, bridging the gap between staying in and going out... but mostly staying in

How did you first connect with triple R?

I grew up around the corner from the RRR station in Brunswick, and the large brick facade would intruige me as a wee tyke on our walks down to the Merri Creek. RRR was always on in our house so I became pretty familiar with the voices and styles of music on air, and would look forward to whenever my parents would switch over to 102.7 on our car trips :)

This current pop-up show I’m co-hosting with one of my best mates Tess is my first show... however we started out by doing the tough slog that is graveyard shifts, which we were doing for about 8 months or so before being given a tabula rasa slot in January of this year, so it’s all been a pretty fast trip to our show Back and Forth.

My favourite story has gotta be when I met a guy from Alice Springs during a hike in Tasmania... we got chatting and he said he would often tune into RRR in the early hours of the morning and listen to the graveyard shifts, and after a while we worked out that he may have listened to one of my graveyard shifts... on my next one I gave him a shoutout but got no response lol.

What’s your favourite other program and why?

I have quite a few favourites, but the one topping my list at the moment would be Full Circle, Millu plays so much cool music by local musicians that I sometimes have never heard of, and I really enjoy Millu’s presenter style.

What does RRR mean to you?

It means being a part of a big extended happy web of people and music! I love meeting people that listen to RRR or are involved with the station, it further fuels my theory that melbourne is the most incestuous city, everyone is intertwined.

Oo this is tough but I’d have to say Teachers by Daft Punk, all the tracks get me hyped and I feel like listening to it on repeat would perfectly soundtrack the inevitable feeling of insanity that would occur when being trapped inside a studio.

Mia and Tess take turns presenting music that brings us together, bridging the gap between staying in and going out... but mostly staying in 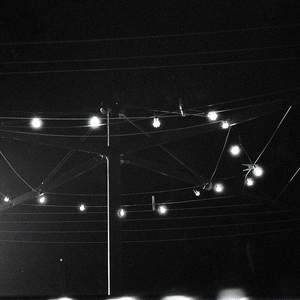