In this episode, host Amy Mullins chats with entomologist Dr Ken Walker and herpetologist Dr Jane Melville from Museums Victoria as part of a special hour-long live-streamed Facebook event. Ken and Jane study, identify, and name different native species in order to protect and conserve them. Join the stream as Ken shares some fascinating facts about native bees, including how Australia's 1700 native bees account for 20 per cent of the world’s bee species, and how they play a unique and vital role as buzz pollinators. Ken goes in-depth and shows us specimens of some strikingly beautiful insects from the museum's collection, including the Metallic Green Carpenter Bee and the much loved Christmas Beetle. Jane speaks about her work with some curious native amphibians and reptiles, including the Victorian Grassland Earless Dragon, the Martin's Toadlet, and the sometimes cannibalistic Green and Golden Bell Frog. Both Jane and Ken describe how these native species are being affected by drastic changes in habitat, such as those caused by the 2019-20 summer bushfires. To learn more about these species, visit the Under Fire interactive article.

You can watch back the live-streamed video on Facebook. 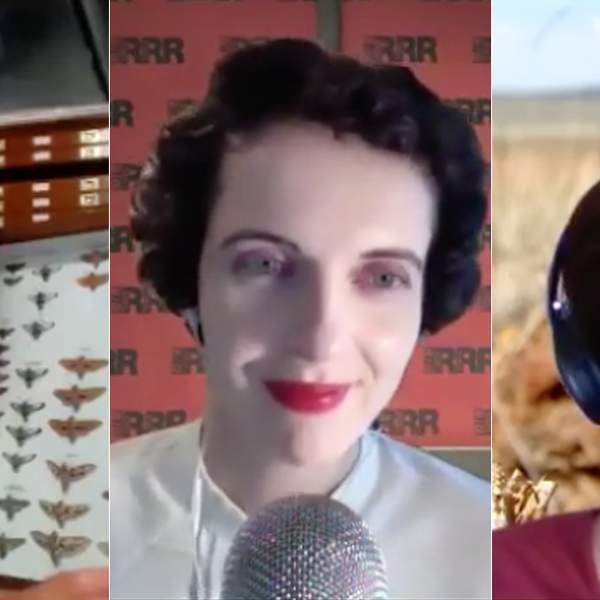