Uncommon Sense: A Vision For A Post-Capitalist Society With Yanis Varoufakis

Yanis Varoufakis, author, economist and former Greek finance minister, joins Amy Mullins for a special long-form conversation. They initially discuss who and what has influenced Yanis politically, as well as his time as finance minister in 2015 seeking to negotiate with Greece's creditors – Europe's establishment – during the government's debt crisis. Yanis and Amy then have an in-depth discussion about his new book, Another Now: Dispatches from an Alternative Present, which uses political science fiction storytelling to illustrate what a just, fair, competitive and market-based post-capitalist society could look like.

The best-selling author says his previous book, Talking To My Daughter About The Economy: A Brief History of Capitalism is a depiction and criticism of capitalism. So with his new book Another Now, Yanis thought, “It’s about time I put my money where my mouth is,” and explain in detail his vision for a post-capitalist society. In the second half of the interview, Yanis outlines what this ‘other now’ looks like in his book: his vision of what we could have done differently and what world we could have created in response to the global financial crisis of 2008.

The co-founder of DiEM25 (a movement to restore democracy in Europe) tells Amy about a pivotal meeting with representatives of Europe’s establishment during Greece’s debt negotiations, which motivated him to start his own political movement and party. He says they were “steamrolling over us because this is where their political capital had been invested.” It was evidence “that [today's] liberal democracy just pretends.” 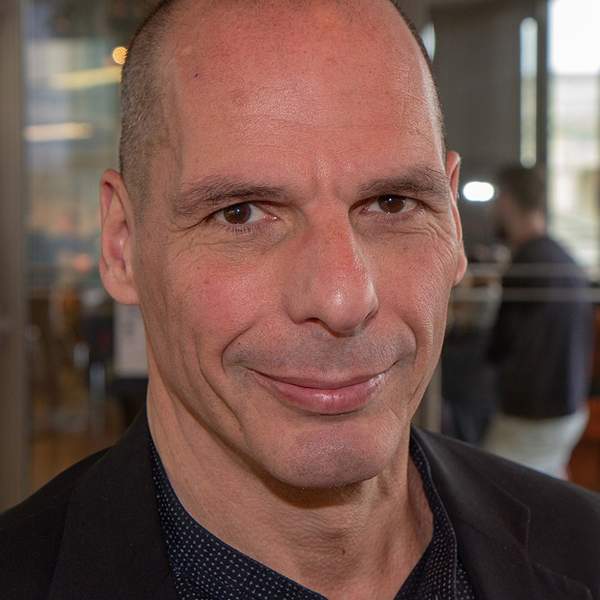