Exploring The Life Of Suffragist Vida Goldstein On Uncommon Sense

Vida Goldstein is a name that many people may never have heard of, however her passion and legacy runs through our history and politics. Biographer Jacqueline Kent chats to Amy about the life of this courageous suffragist, politician, and social reformer of the 20th century and her new book Vida: A Woman For Our Time.

Vida was one of the first women in the western world to stand for federal parliament in 1903 in Victoria and campaigned tirelessly for women’s equality, health, and education. Although she ran for Parliament five times between 1903 and1917, she was never elected. Jacqueline says that Vida has been embalmed in a funny kind of way, as she was one of those women who did something first and so that’s all people know about her.

Taking a deep dive into Vida’s life, she says she was delighted to read her speeches and writings to uncover the history behind this humorous and intelligent woman. From helping her mother start Australia's first creche in Collingwood, starting what can only be described as a late 19th century version of crowdfunding for the Queen Victoria Hospital – a hospital run by women for women, door-knocking to get women to sign the ‘Monster’ petition to allow women to have the right to vote in state elections, to finally running for parliament herself, Vida was a force to be reckoned with. 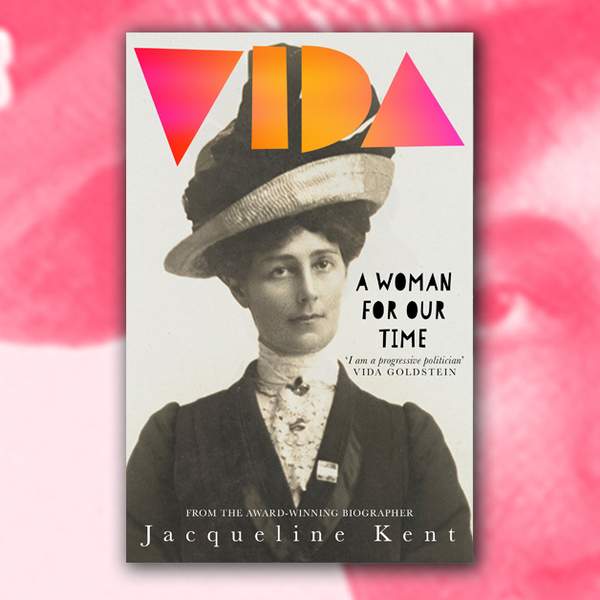