I first listened with very, very innocent ears in the '80's - a friend's older brother tuned us into it, and then a first stint volunteering at Victoria St Fitzroy in the early '90's.

Bron Burton's Radiothon themed cup-cakes that she makes for the green room phone volunteers every year.

What's your favourite other Triple R program and why?

So many great shows to choose from. At the moment, for talks, I'm loving Amy with Uncommon Sense, and for tunes, Annaliese with Neon Sunset.

A vital, irreplaceable ingredient in the cultural mix of Melbourne and for connections to places, people and ideas far and wide; it a privilege to be a part of something like that.

Husker Du's 'Flip Your Wig'. I was once snowed-in for 2 days travelling in Mongolia and it was actually pretty much the only (tape) that was being played in the hostel - so at least I already know I can survive repeat playings in a confined space. 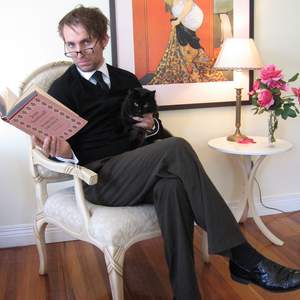