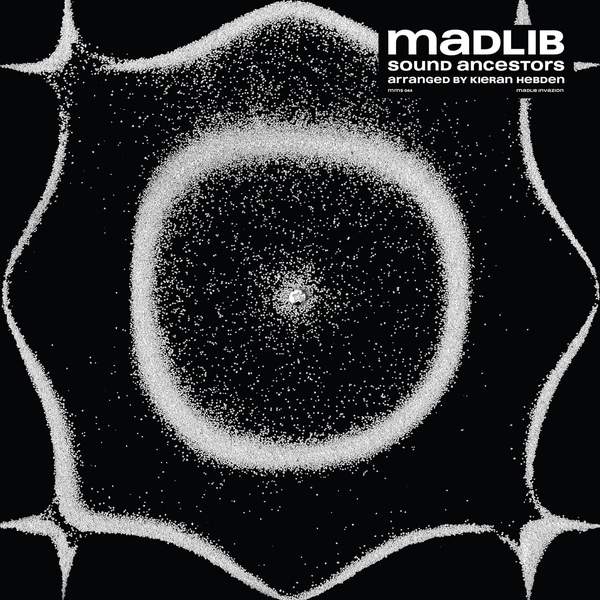 ‘Sound Ancestors’ is the latest from Oxnard icon Madlib, an artist known for his vast, pioneering output across a range of music from hip hop, jazz, and soul, to broken beat and beyond. Madlib has released countless collaborative material over his career: in early groups like Lootpack, and later with peers such as J Dilla, MF DOOM, Erykah Badu, Freddie Gibbs, and more recently Noname. He's also issued records under innumerable aliases, including Quasimoto, DJ Rels, Beat Konducta, and Yesterday's New Quintet. Alongside remix and production work Madlib's discography numbers in the thousands, which is all to say his output comprises its own musical universe. 'Sound Ancestors' is presented however as his first proper solo album. It's a shared project created with close friend Kieran Hebden, aka Four Tet. Over the span of two years Madlib sent hundreds of loops, beats, ideas, and experiments which Hebden then carefully edited and arranged into the final form. Speaking further about the origins of the project, Four Tet explains "I was listening to some of his new beats and studio sessions when I had the idea that it would be great to hear some of these ideas made into a Madlib solo album ... arranged into tracks that could all flow together in an album designed to be listened to start to finish." The result is a showcase of Madlib's singular beat-making and storytelling skills, featuring live recordings, and a wealth of sample-based material. Together they connect musical traditions across generational and geographic divides. Vintage rock riffs, spiritual jazz, R&B, hip hop, soul and funk instrumentals flow together with spoken word passages forming a balance of energy and ideas.

For the chance to win a download copy of this week's Album Of The Week, Triple R subscribers can enter here before Sunday 7 February 2021. We have a prize policy of 1 album per subscriber per month so we can share the love and make it fair for all!