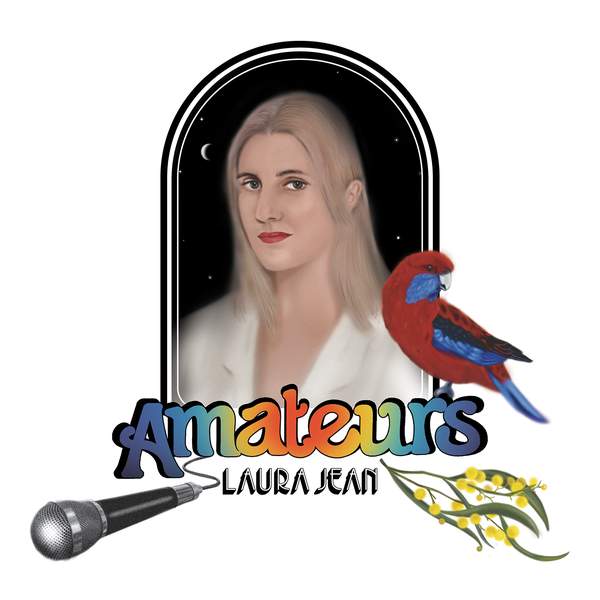 'Amateurs' is the new album from revered Sydney songwriter Laura Jean, her first record since the much-celebrated Devotion in 2018.

Amateurs is a stunning, string-laden album, set at a mystical midway point between the deep synth-pop of Devotion and the folkier sounds of Laura’s earlier work. The album features backing vocals from Aldous Harding and Marlon Williams on three songs (Teenager Again, Amateurs and Folk Festival).

Amateurs is an album about anti-art and anti-intellectual culture in the modern world. It sees Laura questioning her role as a songwriter and examining the reality of her life choices. It is also a warmhearted, humorous and sonically breathtaking album.

“Amateurs means to do something for love, not money, and somehow it’s become a dirty word, shorthand for a failure,” says Laura. “These songs arise from my acceptance that I will always be an ‘amateur.’ At the same time, in making this record I was fuelled by a desire to create something inordinately luxurious and beautiful.”

For the chance to win a download copy of this week's Album Of The Week, Triple R subscribers can enter here before Sunday 13 November 2022. We have a prize policy of 1 album per subscriber per month so we can share the love and make it fair for all!