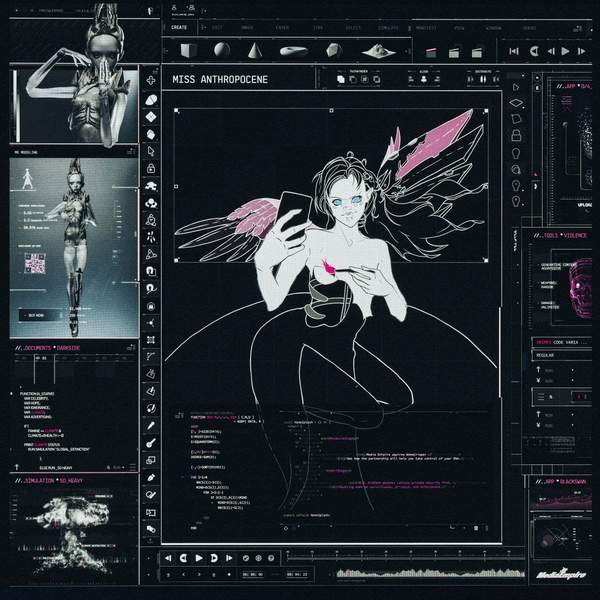 Miss Anthropocene is the fifth album from Grimes, the electronic producer and songwriter also known as Claire Boucher. In press statements and interviews around the release, Grimes alludes to themes of climate change, environmental loss and extinction at the heart of the record. Album lyrics also refer to humanities' eroding sense of self: "We don't love our bodies anymore" Grimes sings over the dense industrial drones of Darkseid (featuring 潘PAN). It's a high-concept project also filled with high-fidelity production. Grimes' interest in the synthetic textures and granular processing of contemporary pop remains strong, just as she stays fascinated with the history and evolution of underground and mainstream music. From start to finish Miss Anthropocene is a futurist fantasia. From one song to the next we hear hazy, early '80s gothic tones combined with pristine sonic signatures of early-millennial guitar-rock and emo-punk. Not to mention diversions and excursions through global rave cultures, R&B, Drum n Bass and dubstep.

For the chance to win a copy of this week's Album Of The Week, Triple R subscribers can enter here before Sun 8th March 2020. We have a prize policy of 1 album download per subscriber per month so we can share the love and make it fair for all!