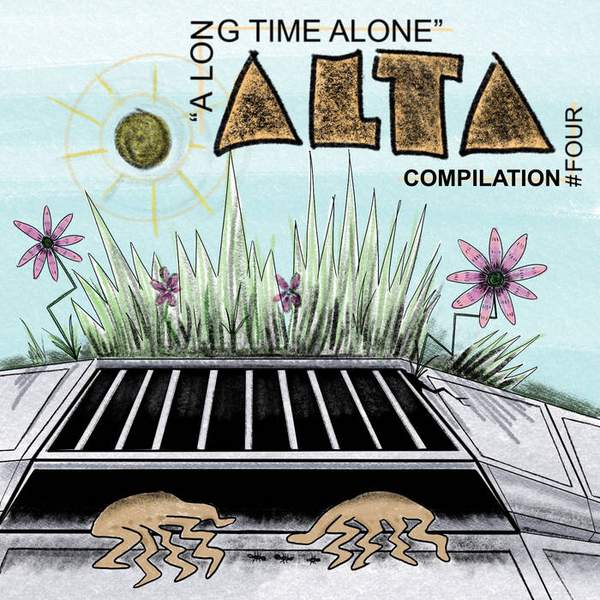 'A Long Time Alone 4' is the latest in a series of compilations released on Blow Blood Records. Label founder Christina Pap, who also co-hosts Teenage Hate with Tim Scott, began the series in March 2020 as a way of showcasing and supporting Australian artists and bands living in lockdown.

The compilations are as diverse as the communities they represent. Each volume offers a generous mix of punk and hardcore, synthwave and shoegaze, bedroom pop, electronic beats and noise. As Christina says in the release notes: "The people involved also contribute with varying degrees of experience levels. For some, this is their first release. Others have spent the better part of two decades involved in their music community - running labels, organising shows, working at venues, drawing and designing posters or album art and more."

Over the span of two years, there have been submissions from artists such as Greta Now, Alien Nosejob, and Tom Lyngcoln, as well as newly formed projects from members of groups such as Civic, Bitch Diesel, The Snakes, The Baby, Constant Mongrel and more. The latest volume alone includes Hearts and Rockets, Dr Sure, Sarah Hardiman as part of its sweeping survey of local luminaries.

For the chance to win a download copy of this week's Album Of The Week, Triple R subscribers can enter here before Sunday 27 February 2022. We have a prize policy of 1 album per subscriber per month so we can share the love and make it fair for all!