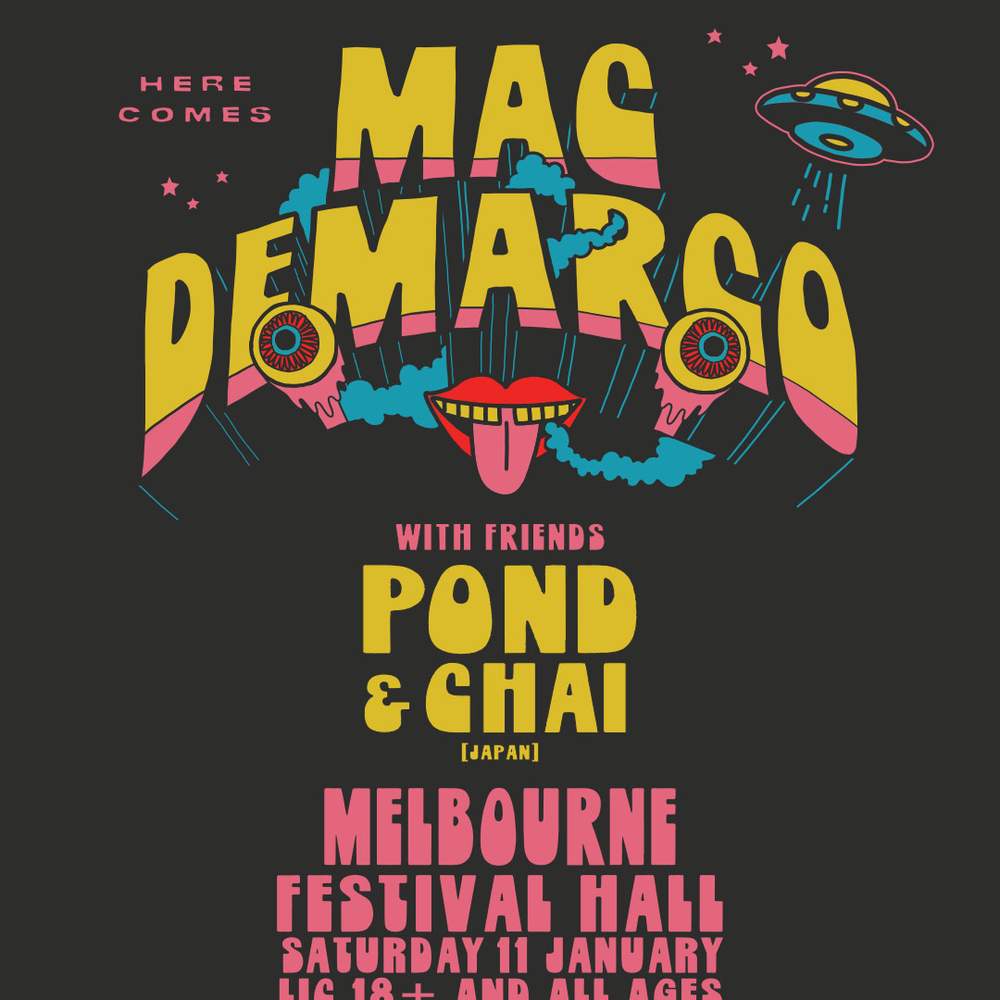 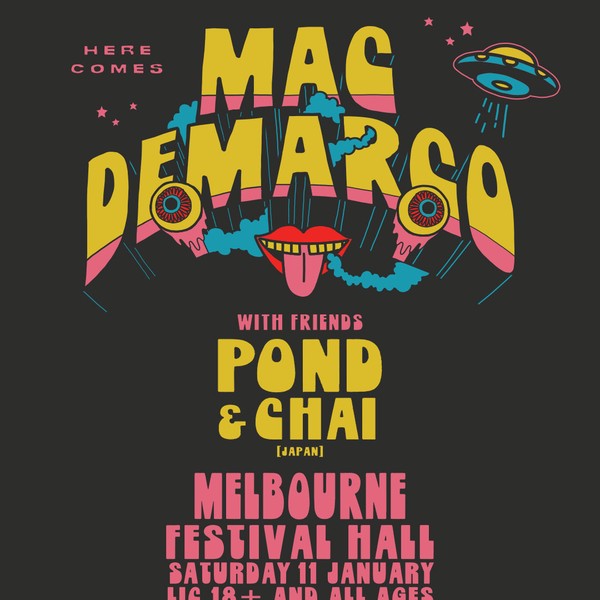 MAC DEMARCO has announced a return to Australia in January 2020 for HERE COMES MAC DEMARCO, a summer headline tour that brings the Mac spirit to audiences down under, on his biggest-ever headline run.

Mac has invited his friends, West Australian psych-rockers Pond and “Neo-Kawaii” bubblegum punks CHAI from Japan, to join him on this magical mystery journey down the East Coast.

Mac DeMarco's fourth album HERE COMES THE COWBOY was described as his "masterpiece” (Q magazine) upon its release in May. Written, recorded and mixed at his Los Angeles studio, it was the debut release on the eponymous Mac’s Record Label, and released via Spunk Records / Caroline Australia.

Tickets for HERE COMES MAC DEMARCO
Are on sale NOW

Pond - The Boys Are Killing Me