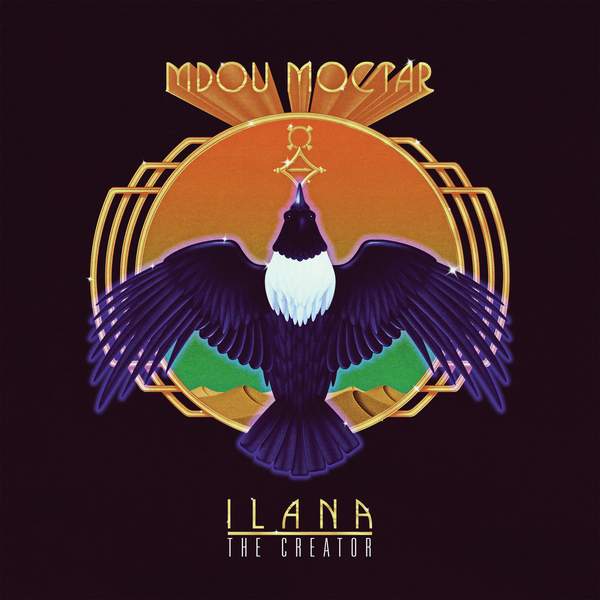 'Ilana: The Creator' is the latest album from Niger musician Moctar, filled with soaring Saharan rock and psychedelic blues. Moctar's extraordinary music is accompanied by an equally striking story. His first instrument was a guitar made from wood and bicycle parts, played in secret because secular music was all but forbidden at home. Early recordings were never officially released, but instead shared across the African continent via Bluetooth swaps between mobile phones. The legend of his shredding guitar style grew. One song was eventually released on the 2011 compilation Music From Saharan Cellphones, and the label owner Christopher Kirkley made it a mission to track down the elusive Moctar. The pair bonded, and has continued to work together. This included soundtracking the first film in Tamashek, the language of the West African Tuareg people. The film was a reimagining of Prince’s 'Purple Rain' called 'Rain the Color of Blue With a Little Red in It' (because Tamashek doesn't have a specific word for Prince’s favorite colour). This new album is a stunning showcase of Moctar's playing; a blend of Tuareg folklore, the hypnotic loops of takamba griots, desert blues and blistering rock. Moctar cites the influence of Jimi Hendrix, Van Halen and Prince, but ultimately the style of these tracks is entirely his own.