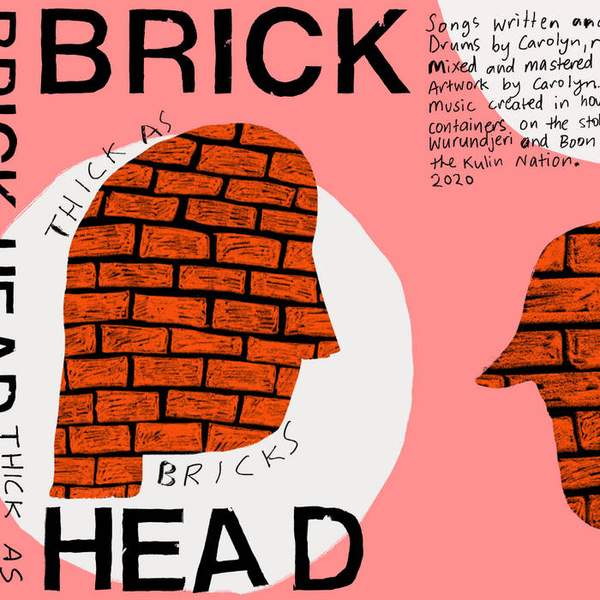 Thick as Bricks is the latest album from Sarah Hardiman, also known for her work with Deaf Wish, Moon Rituals, Nightclub and collaborative ensemble the Opals. And it's the debut release for her new project BRICK HEAD, built on the foundations of pure punk rock. Speaking to Annaliese Redlich on Neon Sunset, Sarah describes the album as an "adrenaline rush", and a return to heavier, guitar based music. Thick as Bricks was made in three weeks during the first lockdown in Melbourne, a cathartic release from containment at the time. Sarah wrote and recorded all the material before sending to Carolyn Hawkins to perform new drum parts. Songs were then re-recorded and separately mixed and mastered. While assembled in isolation, these powerful songs capture all the connective and chaotic energy of a live show.

For the chance to win a download copy of this week's Album Of The Week, Triple R subscribers can enter here before Sunday 23 August 2020. We have a prize policy of 1 album per subscriber per month so we can share the love and make it fair for all!