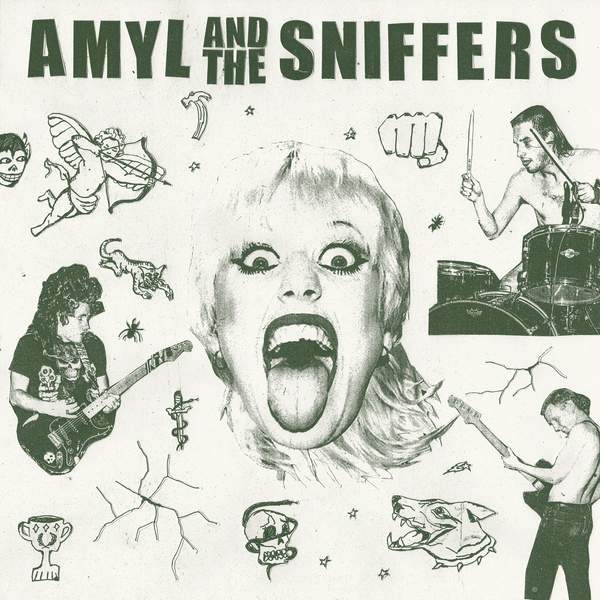 Amyl and the Sniffers is the highly anticipated self-titled debut album from the celebrated Melbourne punk rock crew. It follows the band's first two EPs, both now legendary local records that launched them from their living room studio onto festival bills, pub stages, and Gucci catwalks around the world. Back in late 2017 when they released their double EP set we said about the band: "the story of Melbourne's Amyl and the Sniffers began when friends and former housemates Amy Louise Taylor, Bryce Wilson, Dec Martens and Gus Romer wrote and released a collection of songs in less than twelve hours. You can hear the urgency and energy in this 'Giddy Up' EP. It was followed several months later by 'Big Attraction', a punk-fueled riot of instant classic anthems." Like those earlier releases, this new record is a unique blend of boogie, glam and classic punk styles. The resulting songs are concise and captivating, set to energise audiences again, everywhere.

For the chance to win a copy of this week's Album Of The Week, Triple R subscribers can email us before Sun 26th May 2019 at albumoftheweek@rrr.org.au with their full name and subscriber number in the subject line. We have a prize policy of 1 CD per subscriber per month so we can share the love and make it fair for all!