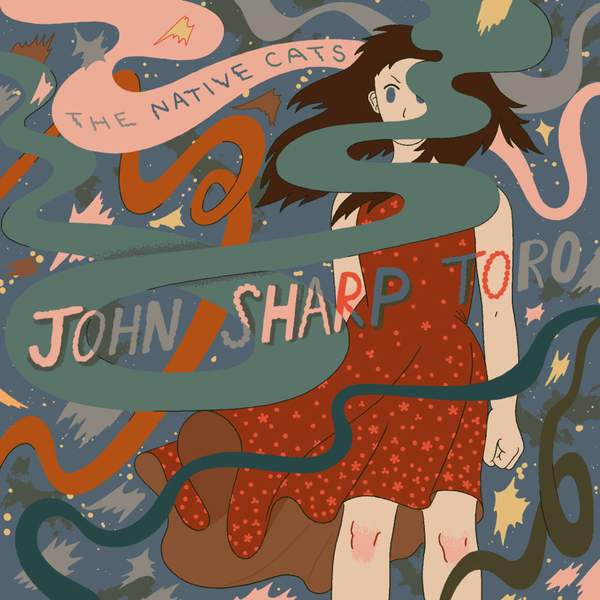 John Sharp Toro is the fourth album from Tasmanian band The Native Cats, released on iconic Sydney label R.I.P Society. Each song shakes with post-punk rhythms, energetic performances, compelling lyrics and original rock arrangements - an astonishing collection of work from an extraordinary band. The Native Cats describe it best themselves though: "(John Sharp Toro) merges the chaotic urgency of Swell Maps and The Fall with the idiosyncratic production and labyrinthine album concepts of Blood Orange and Kendrick Lamar. There are recurring lyrics, haunting reprises, codes upon codes, foreign voices, personal archive recordings, distorted synths that arrive without warning like floodlights cutting through fog. It's about queer isolation and loneliness, transfiguration, the ways that lives and relationships continue after they've been altered; it's also about digital spaces, the US Republican Party in the second half of the 20th century, and James M. Cain's opera-scene noir Serenade, the origin of the album's title."