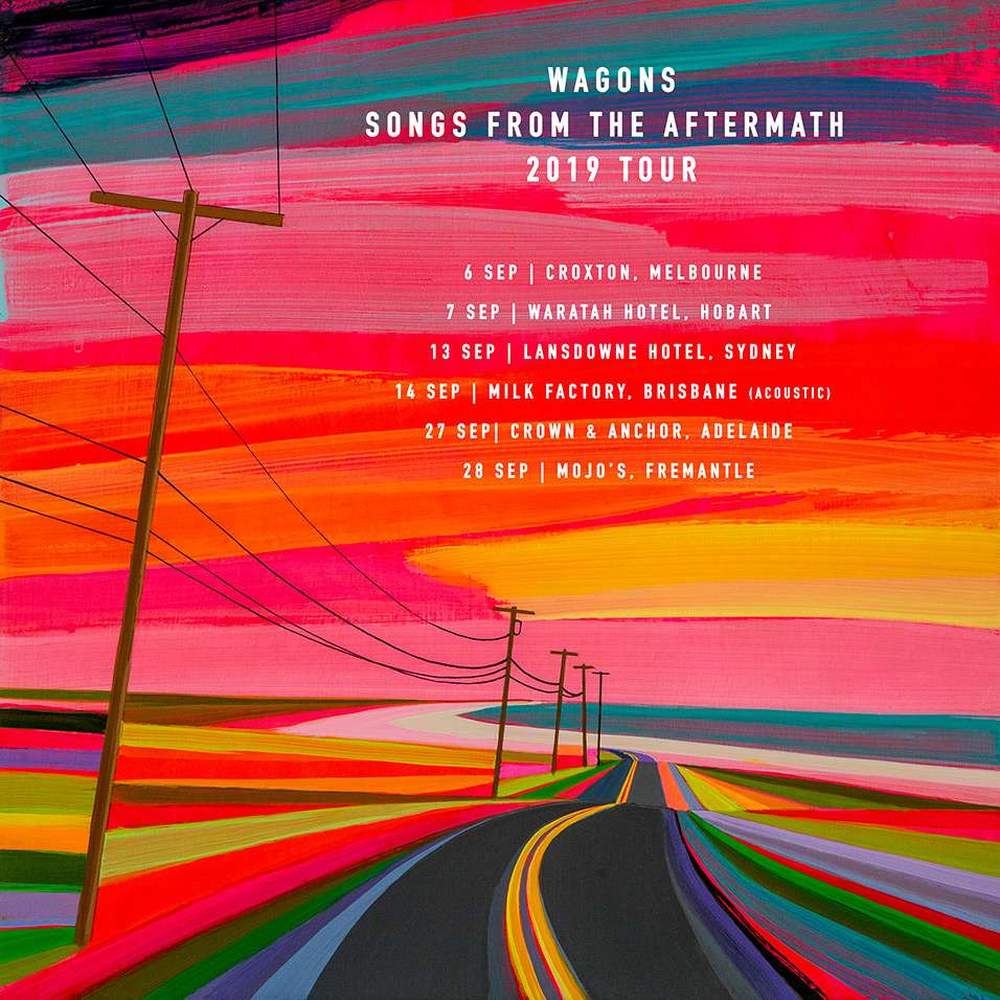 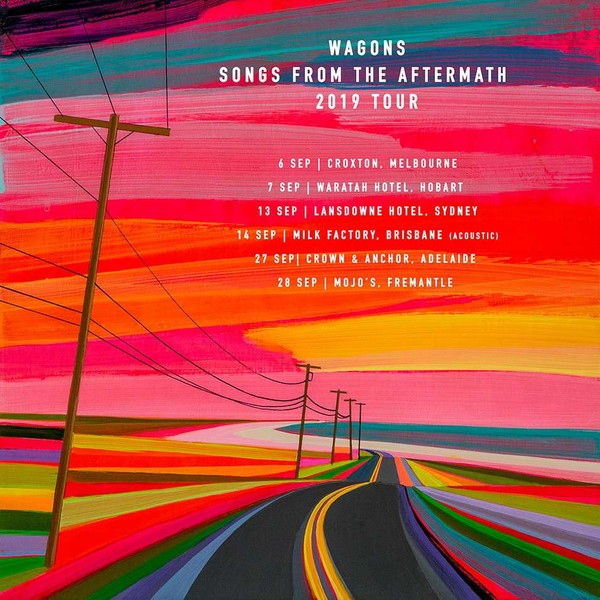 On a fateful Tuesday night in 1999, at The Arthouse in Melbourne, Wagons hit the stage for the first time...

After two decades, Wagons still pulse and stomp together as a joint force, with singer Henry Wagons at the helm. Henry's fierce intellect, once hurtling toward a career as a philosopher, was thankfully derailed by a record deal, a thirst for whisky and an insatiable need to make noise.

These tall and lanky entertainers are, without doubt, a foundational keystone of the modern Indie-Americana movement in both Australia and around the world. Henry and band first wielded their twang-laden battering ram at a time when embroidered button down shirts and beards were far more sparse on the ground in Australia. Times have changed with trucker hats and gingham studded shirts now available at K-Mart, yet Wagons, 20 years into their unique career, stay atop the their own tidal wave of hard hitting, outlaw inspired, swamp rock madness.

Wagons are making their triumphant return to 2019 releasing their first new music in five years, with their new album "Songs From The Aftermath", out 9th August, along with an Australian tour throughout September. This upcoming album is the band's first since 2014 and the unquestionably catchy first cut, "Keep on Coming Back" incorporates all the elements of the classic Wagons' sound, with a brand new spiraling twist. According to the band, "'Songs From The Aftermath' cascades through random visions and emotions, like a long road trip through the night."

The sextet have been regularly compared to the cheekiest and most mischievous of musical outlaws, from Cash to Cave and have circled the globe testing the fortitude of some of the biggest stages at Bonnaroo, Bluesfest, Interstellar Rodeo, Laneway, Bumbershoot, Big Day Out, Out On The Weekend, Queenscliff, Ottawa Blues as well as SXSW and Americana showcases.

Producing six albums together, the band have garnered an increasing list of awards and achievements including 'Album of the Week' on RRR, RTR, 2SER, Edge radio, The Age / EG 'Best Band' & 'Album of the Year', Rhythms Magazine 'Album Of Year', AIR 'Country Album of the Year', plus Melbourne Magazine naming Henry Wagons in their 'Top 100 Most Influential People'.

After this long, their boot heels are etched in the stage floorboards. Wagons know exactly what they are doing. Fasten your shoelaces tight and get your feet to the big show.

Wagons - Keep On Coming Back