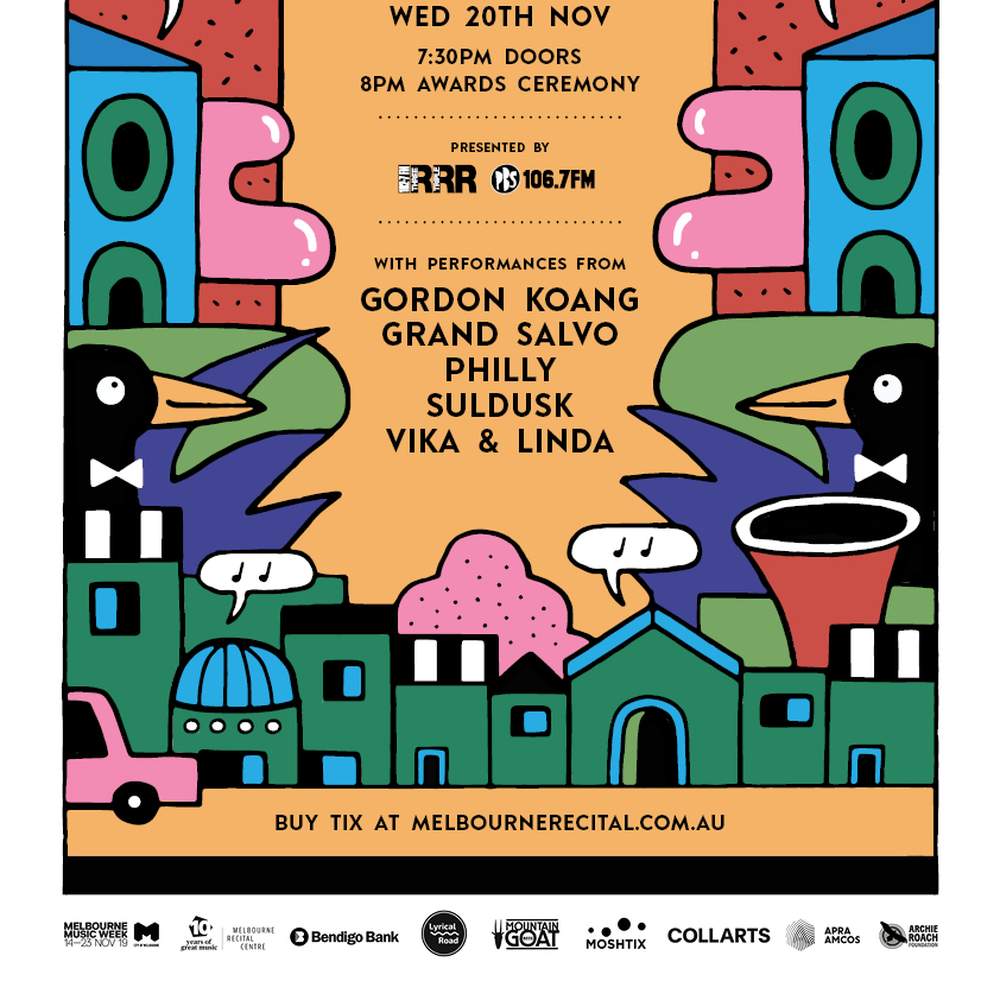 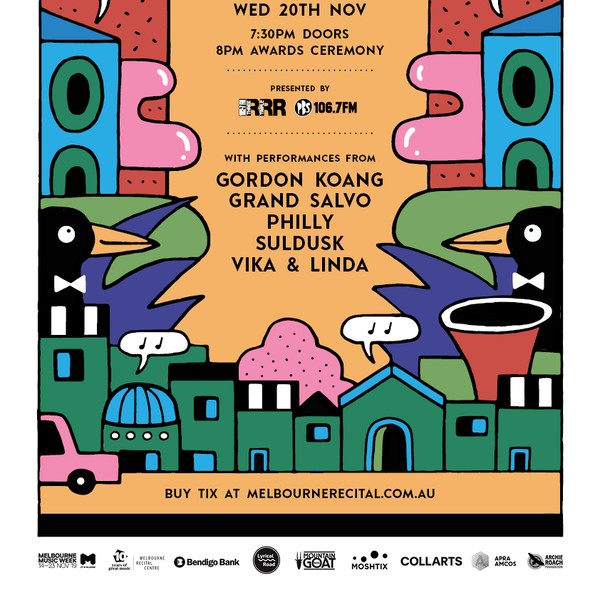 The Music Victoria Awards are on once again, taking place at the stunning Melbourne Recital Centre on Wednesday 20 November as part of Melbourne Music Week.

This year’s Awards night performers include 2019 Hall of Fame inductees Vika and Linda Bull and first-time Awards nominee Gordon Koang, who is up for a whopping five nominations this year. They will be joined by dark-folk metal act and Best Heavy Album nominee Suldusk and Bad Apples powerhouse, Philly as well as former Triple R Album of The Week recipient and AMP nominee, Grand Salvo. Each of these artists will hit the Melbourne Recital Centre stage to perform their own standout tracks from the past 12 months.

A small allocation of tickets have been made available for the general public to attend the 2019 ceremony, with heavily discounted tix on offer for Music Victoria members.

Grand Salvo - All Those Stars