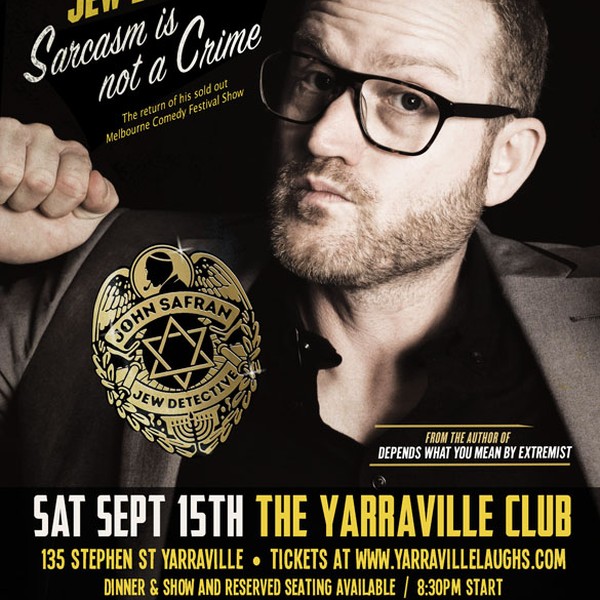 Jew Detective: Sarcasm is not a crime
John Safran is the sleuth behind the award winning true crime Murder in Mississippi (titled God’ll Cut You Down, in the USA). His gumshoe television includes John Safran vs God, Music Jamboree, Race Relations and The Goddam Election! His new book, Depends What You Mean By Extremist: Going Rogue With Australian Deplorables was shortlisted for Non-Fiction Book of the Year at the Australian Book Industry Awards. Come see his smash-hit Comedy Festival show, one more time, at Yarraville Laughs!