‘I’m really interested in that idea of technology being the mediator between you and me and our relationship. I think that’s what happened over the last 20 or 30 years,’ says Dr Katherine H Canobi. Katherine joins Rob and Megan to chat about her new science fictional novel Mindcull, out now with Ford Street Press. Katherine is a cognitive scientist working and lecturing in developmental psychology; Mindcull is her debut novel. It follows Elia, a teenager who runs a video blog channel in a not-so distant world where virtual reality is the norm. Eila gets shortlisted in a competition by a mega corporation Pearl, opening her up to different parties who want to exploit her and her popularity.

‘I thought a lot from the perspective of cognitive science,’ Katherine says. ‘Eila has particular vulnerabilities. Her particular set of strengths and weaknesses make her someone who’s susceptible to the virtual world…The headsets that everyone uses and are reliant on are not as benign as people in the society believe and can be used in various ways to influence people’s thinking. Katherine also notes that during adolescence, one of the ‘key developmental things’ is working out how to create relationships. ‘Technology comes right in the middle of that now.’

The novel delves into ideas surrounding social media immersion, virtual reality and the disconnect between our virtual personas and our actual selves. ‘We willingly have given a lot of our information over,’ Katherine says. ‘That particular trend I’ve extrapolated. I came at it from the perspective of: what is the world like now? And where do I think it’s going to go?’ 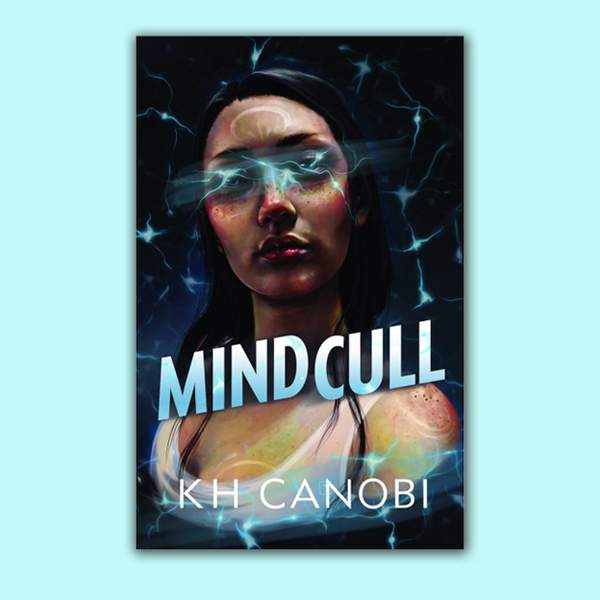