The Grapevine: Flooded Cities and Indigenous Futurism with Lisa Jackson

A flooded city, skyscrapers reclaimed by nature and people travelling through the city on canoes. This is just one of the many scenes you will see in filmmaker Lisa Jackson’s virtual reality experience ‘Biidaaban’ showing at the Bunjilaka Aboriginal Cultural Centre at the Melbourne Museum. Lisa joins Kulja and Dylan to talk about the experience which depicts a ‘future state Toronto’, with cracked payment, vines everywhere, and massive waterways where the subways were. People still exist and grow food on rooftops and use canoes to navigate the subway water systems. The languages that were traditionally spoken in Toronto, including Wendat, Kanien’kehá:ka (Mohawk) and Anishinaabe (Ojibway), are interwoven throughout the film. Lisa says that she wanted to transplant Indigenous peoples and languages in a new and strange environment to free them from stereotypes and explore the rich thought and knowledge systems that they express. 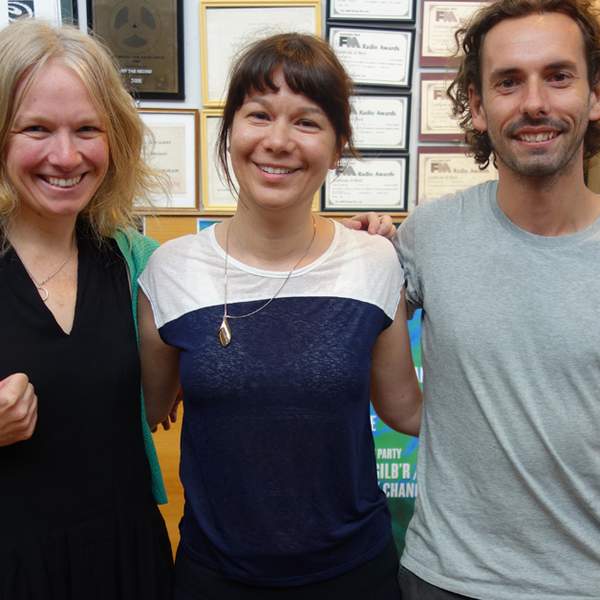