From New York, Patti Smith reflects on the state of politics in her home country as the democratic primaries are taking place in the US. “We are existing in very troubled times,” says Patti on the phone with Brian Wise.

Having written and released a new book late last year (Year of the Monkey), and about to embark on another tour, the “Godmother of Punk” is fusing her two vessels of expression and creativity. “Songwriting does not come easy to me. I had no ambition, when I was young, to be a songwriter. Songs come to me but I’m much more comfortable writing books, writing poetry. Perhaps I’ll do another album but I’m more driven to write.”

After a sell out Australian tour in 2017, the New Yorker will be back in April with her band, including long-time guitarist and collaborator, Lenny Kaye, and her son, Jackson. “He’s a master guitarist,” Patti boasts. “He can play anything.”

Patti Smith and her band perform at The Forum 21-23 April. 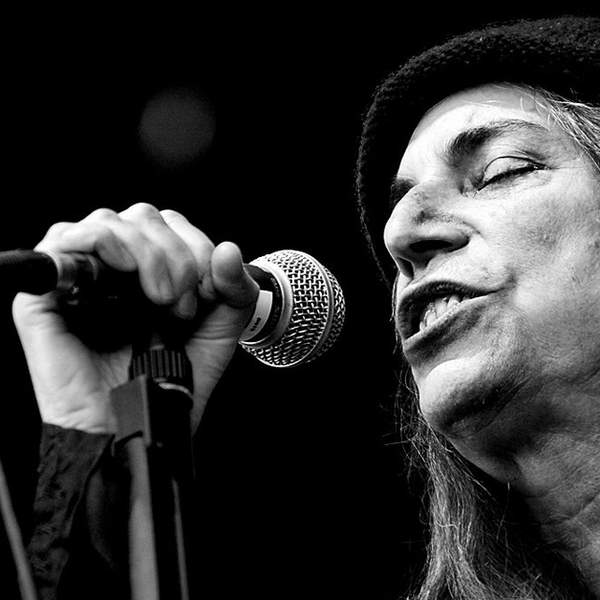