Fixed It! Jane Gilmore Is Changing Discussions about Gendered Violence One Headline at a Time

A news headline isn’t just a headline. For many (maybe most) people, it’s the whole story because we just don’t click through and actually read the story very often. So when headlines detailing the rape and murder of women implicitly blame the victims of these atrocities, they need to be fixed. Journalist and author Jane Gilmore explains to Sarah, Daniel and Geraldine how she started to do exactly this with her project ‘Fixed It’.

‘I was sitting on a tram one day going home from work and this headline came up on my phone: Townsville Police Say Selfie Leads To Stabbing Murder. And I just looked it and went, I’ve taken some selfies, does this mean I’m going to be murdered or that I’m going to murder somebody else?’ Obviously, as she says, selfies do not cause murder so she took a screenshot of the headline, crossed it out and wrote ‘Man’s Decision Leads To Stabbing Murder’, followed by ‘Fixed It’.

After tweeting the image out she was inundated with positive responses and decided to continue the project on her website (see https://janegilmore.com/). This work is now detailed in her newly released book, Fixed It: Violence and the representation of women in the media, published by Penguin. https://www.penguin.com.au/books/fixed-it-9780143795506

Jane says she knows one book alone can’t ‘smash the patriarchy and capitalism’, but she’s ready to give it a red-hot go! Jane will be appearing at the Melbourne Writers Festival this weekend (7 to 8 September). Check out their website for details. https://mwf.com.au/artist/jane-gilmore/ 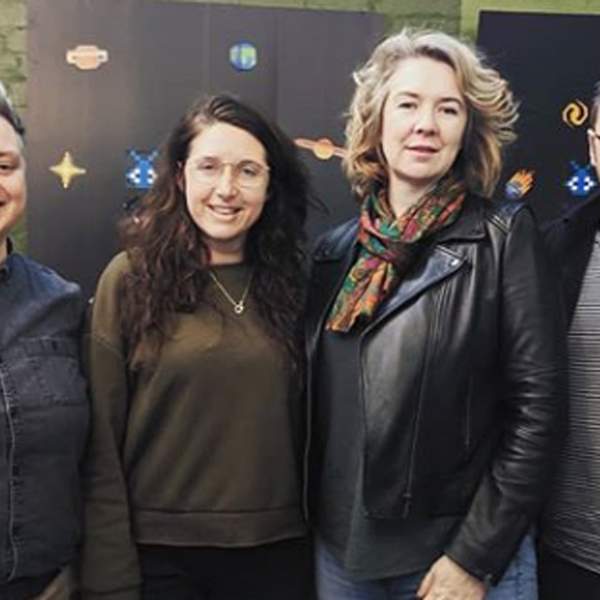 Listen to Fixed It! Jane Gilmore Is Changing Discussions about Gendered Violence One Headline at a Time13:02∙4 September 2019∙
Advertisement
Advertisement