Backstory: Author Anna Krien on Leaping into Fiction with Act of Grace.

Anna Krien, award-winning writer of Nightgames and Into the Woods, set out to write a chapter of history that she feels hasn’t yet been documented in Australian literature with her first novel Act of Grace. Following three interwoven narratives with varying degrees of personal and historical trauma, this novel explores Australia’s involvement in the Iraq War.

Nasim falls into Suddam Hussien’s grips. Gerry fears his unstable father, Toohey, who has just returned from the Iraq war bearing physical and emotional scars. Robbie is trying to re-write her own history despite her father’s dark past as part of the Stolen Generation.

Taking a leap from her first two non-fiction novels Anna says this book ‘came from a hell of a lot of research, from never taking anything for granted and questioning every assumption I’ve had’. Growing from her obsession with Australia’s part in the Iraq war, Anna set out to explore if there can be any grace in what was such a gruesome part of history. 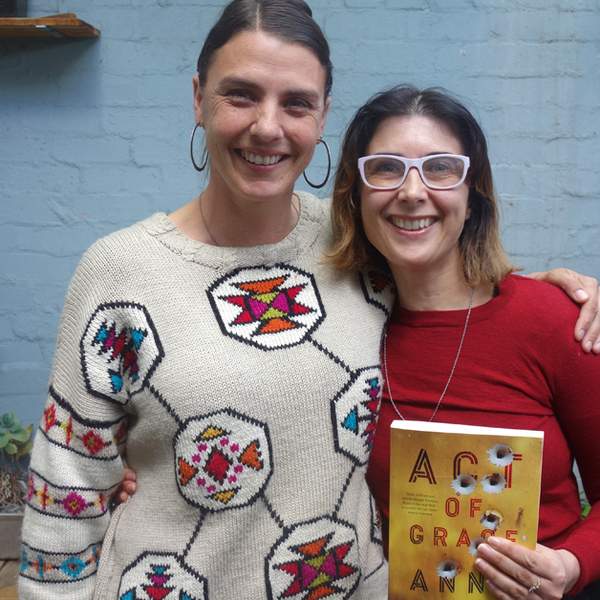