Animalia Author Graeme Base Chats with Sally Rippin on The Grapevine

If you were born in the late ’80s or early ’90s, chances are Graeme Base has had some influence on the development of your imagination. The 61 year old author and illustrator of classic children’s books like Animalia and The Eleventh Hour has spent the last few years traveling to and from China, which serves as the inspiration for his latest work, Moonfish.

In conversation with fellow author Sally Rippin on The Grapevine, Base describes how he fell into writing books for children and what it was like to be published at such a young age. ‘I didn’t think of Animalia as an alphabet book for preschool kids. In fact, it was such a stupid idea when I think back on it. I was so newly published. I had one book to my name and I spent three years of my life making an English language alphabet book. As if anyone needed another one of those.’ 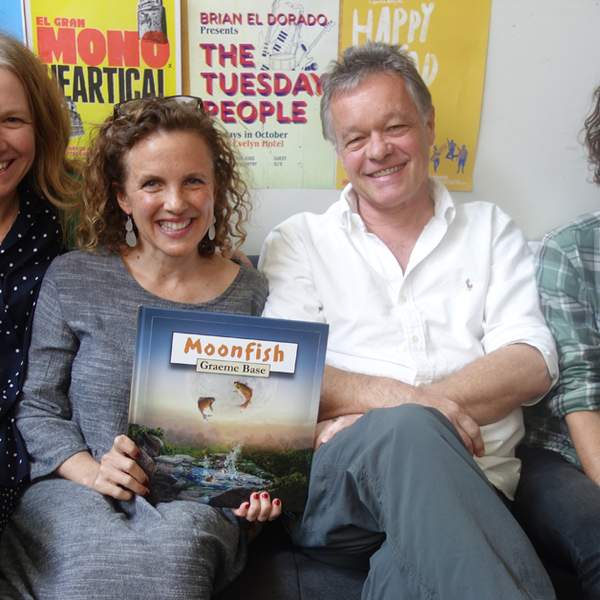