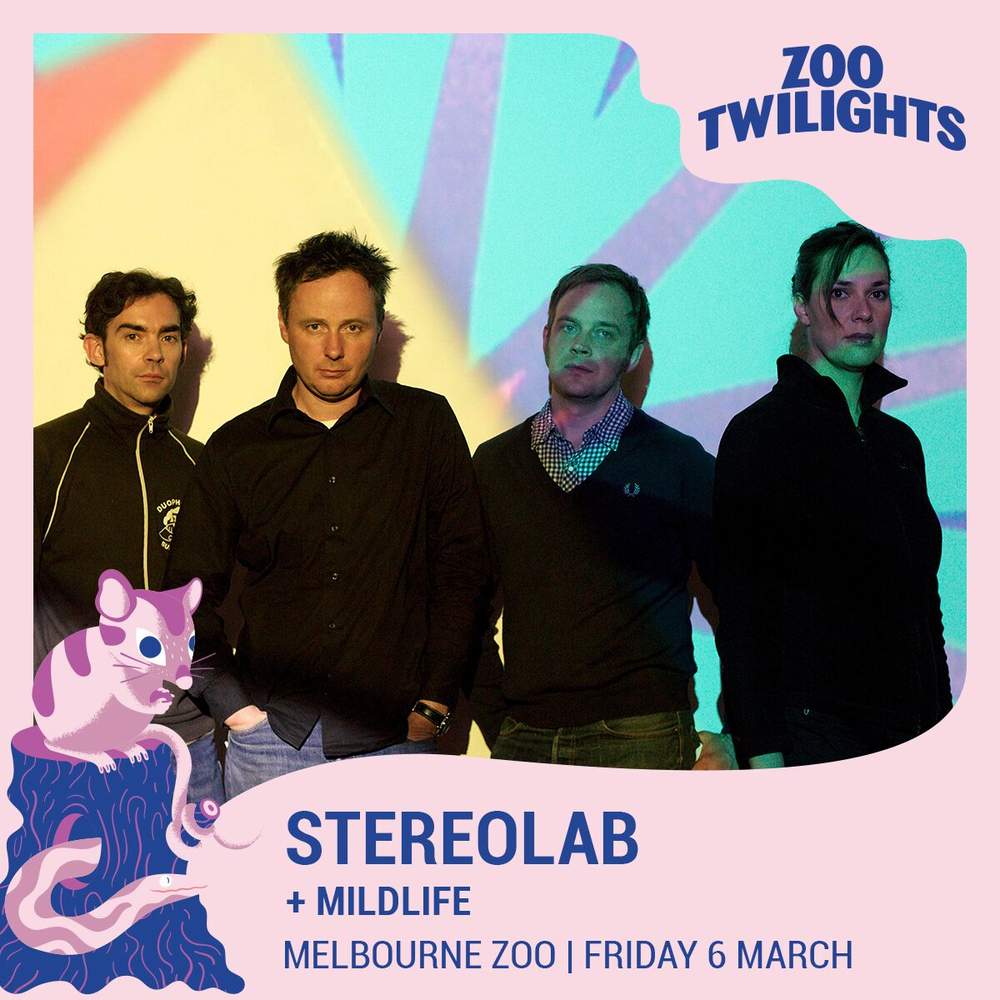 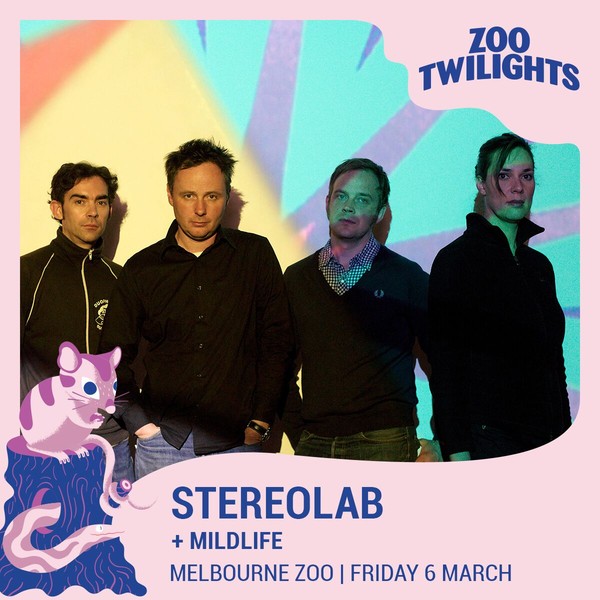 Stereolab emerged from the UK underground and established themselves as art-pop pioneers over the course of ten records. Formed in 1990 by Laetitia Sadier and Timothy Gane, the group’s lush, layered sounds broke the mold of what alternative rock could be in the navel-gazing ’90s and influenced the likes of Blur, Pavement and Sonic Youth in the process. During a decade-long hiatus, the signature Stereolab groove remained in high rotation and found new fans in pop prodigies like Tyler, the Creator. Ten years since they last toured, Stereolab plug the gear in again to play from seven of their celebrated studio albums in the surrounds of the Zoo.

The kaleidoscopic jams of Mildlife will colour the early evening sunset, with a groove-filled blend of jazz, psych and disco. The four-piece act have brought their signature cosmic funk sound – rooted in improvised jams, and refined into a tight live show – to audiences around the world, and now it’s your turn to experience Mildlife among the wildlife.

DJ People will also be playing from 5.30pm when gates open until Mildlife take the stage.