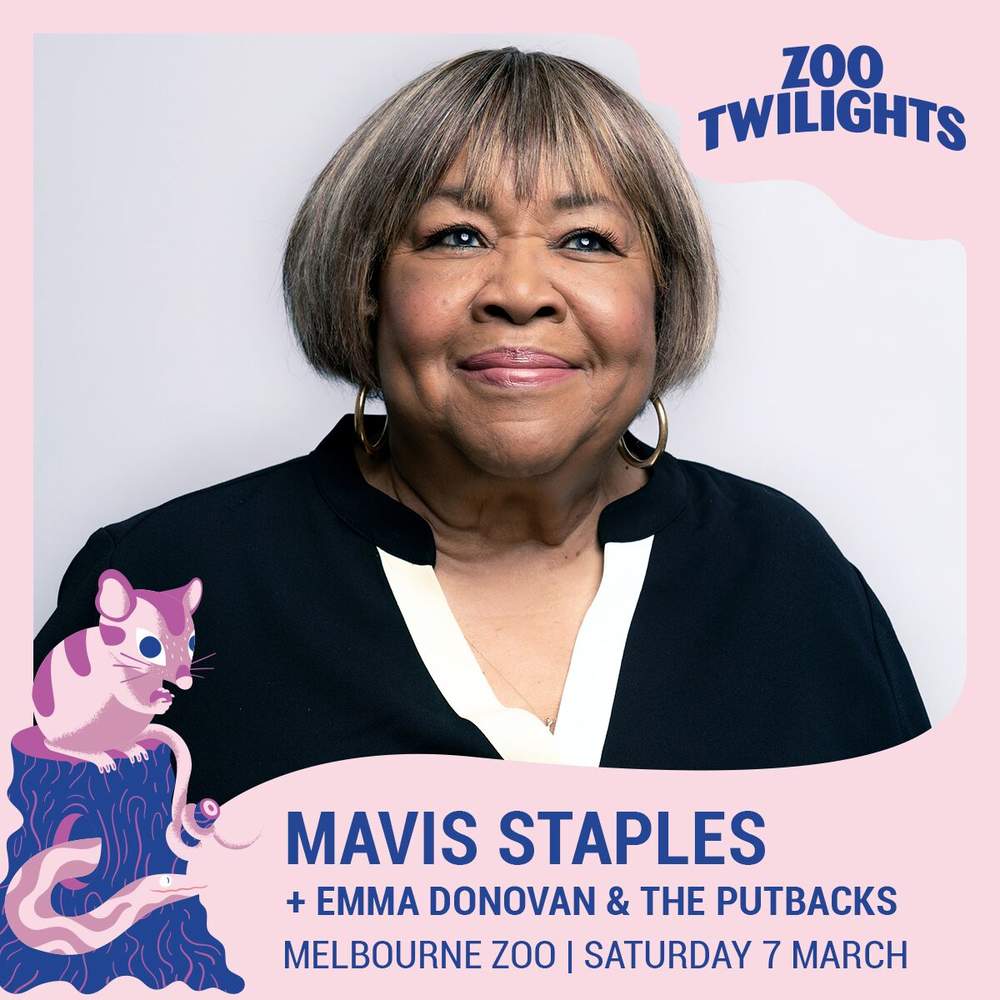 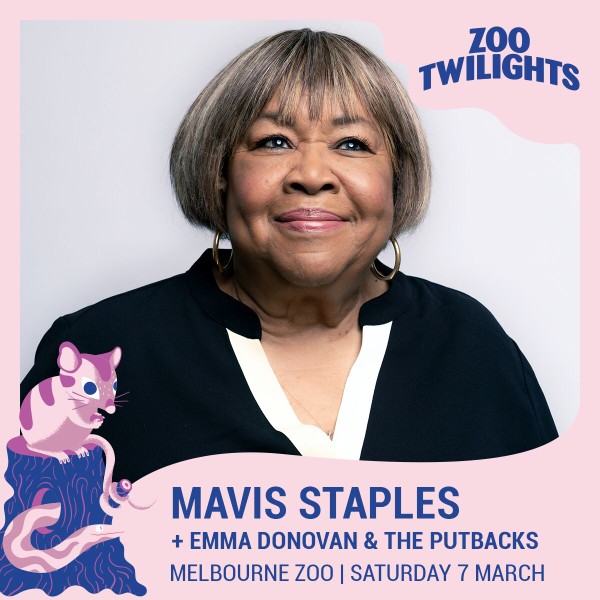 The history of soul was rewritten when Mavis Staples first picked up a microphone. For half a century the profoundly influential singer has woven herself into the fabric of not only gospel, but R&B, hip hop and rock as well. Since beginning her career in family band The Staples Singers during the civil rights era, Mavis found the world was eager for her music, which reflects an activist spirit and overflows with joy.

An alchemist of American music, she has collaborated with the likes of Prince and Bob Dylan; been inducted into the Blues Hall of Fame and Rock and Roll Hall of Fame; and been honoured with a Grammy Lifetime Achievement Award. But she’s not done yet. Mine the depths of this once-in-a-generation artist’s soul as the sun sets over Zoo Twilights.

Supporting Mavis Staples is local legend Emma Donovan. When she burst onto the scene in 2015 with her debut album Dawn, Emma Donovan announced herself as an important and inspiring new voice in Australian soul music. Taking her cues from classic American soul and gospel as readily as she draws on the rich history of protest music from Indigenous Australia, Emma has collaborated with the likes of Archie Roach and Dan Sultan, and at Twilights she is taking to the stage with The Putbacks to deliver a suite of impassioned and optimistic songs.