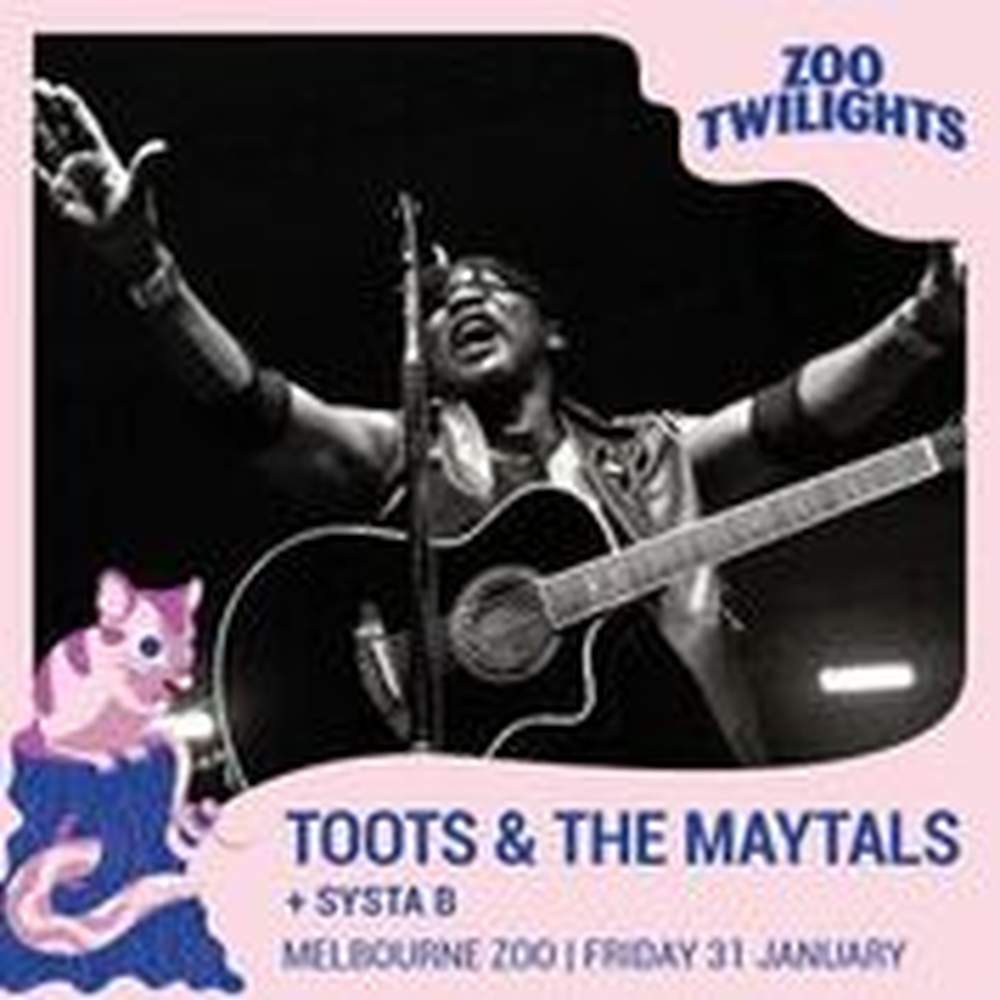 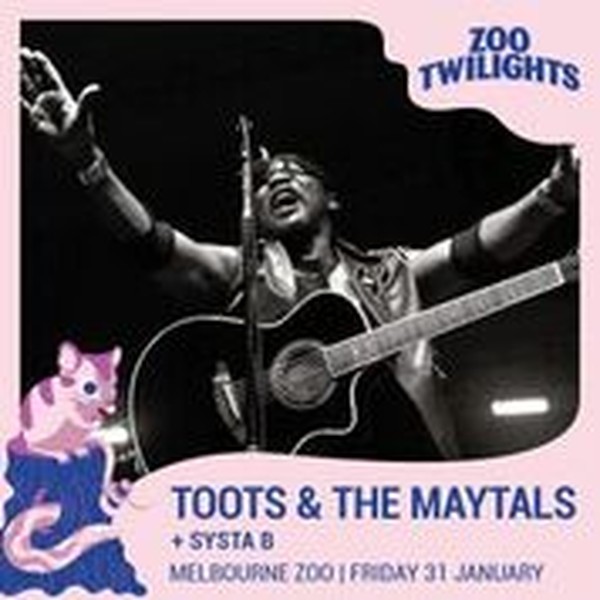 Unlike anything that came before or since, Toots & The Maytals are among rarefied company in music history. Fronted by reggae legend Frederick Toots Hibbert, who was named one of the 100 Greatest Singers by Rolling Stone, the Jamaican group formed in the 1960s and soon carved out a totally unique legacy. Their 1968 single ‘Do the Reggay’ put a name to the genre they came to signify around the world, with tracks like ‘Pressure Drop’, which featured on the landmark The Harder They Come soundtrack. After spending decades bringing reggae to the rest of the world – most recently with appearances at Coachella and Glastonbury – Toots & The Maytals will transform Zoo Twilights into a Caribbean paradise during this historic performance.

Warm up and get down with the inescapable rhythms provided by Triple R broadcaster Systa BB. For over 25 years she’s been bringing contemporary global beats to audiences at festivals and on bills with the likes of Lee Scratch Perry, LKJ and Dub Syndicate. Fans of her 3RRR show The Good, The Dub & The Global know when Systa BB’s behind the decks, you’re in for a treat.