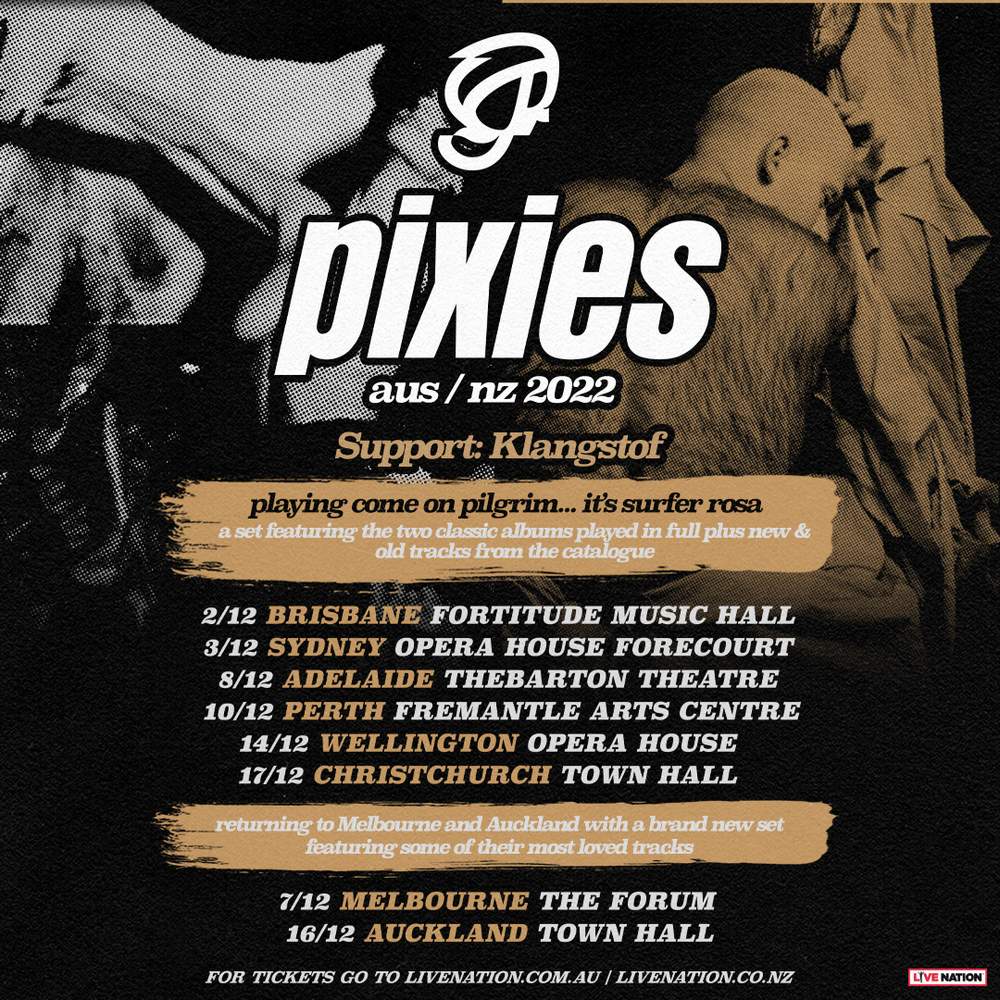 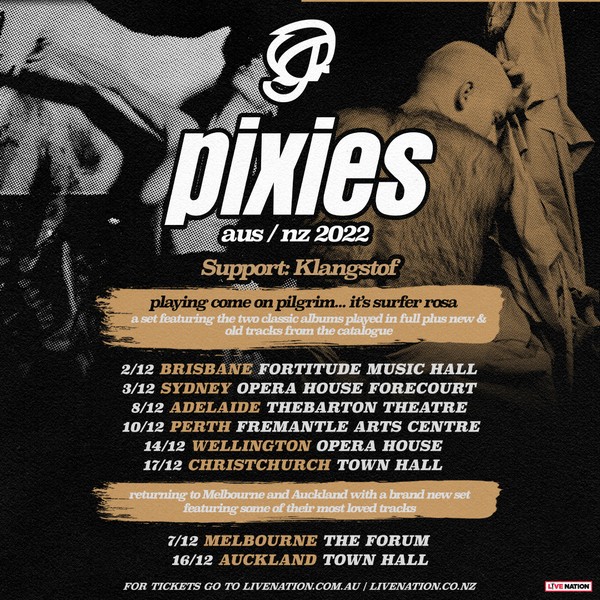 PIXIES, one of the most influential alternative rock bands of all time will be returning in 2022 as part of their – Come On Pilgrim… It’s Surfer Rosa tour.

The show will bear witness to performances of both new tracks and old favourites spanning their extensive catalogue.

Almost two years to the day, Pixies were forced to leave Australia when the global pandemic took hold, with only one show in Auckland and one in Melbourne completed.

PIXIES one of the most influential alternative rock bands of all time, have today announced a new Melbourne show due to overwhelming demand at The Forum - Tuesday, 6 December.

The first Melbourne show on Wednesday, 7 December is now completely sold out.