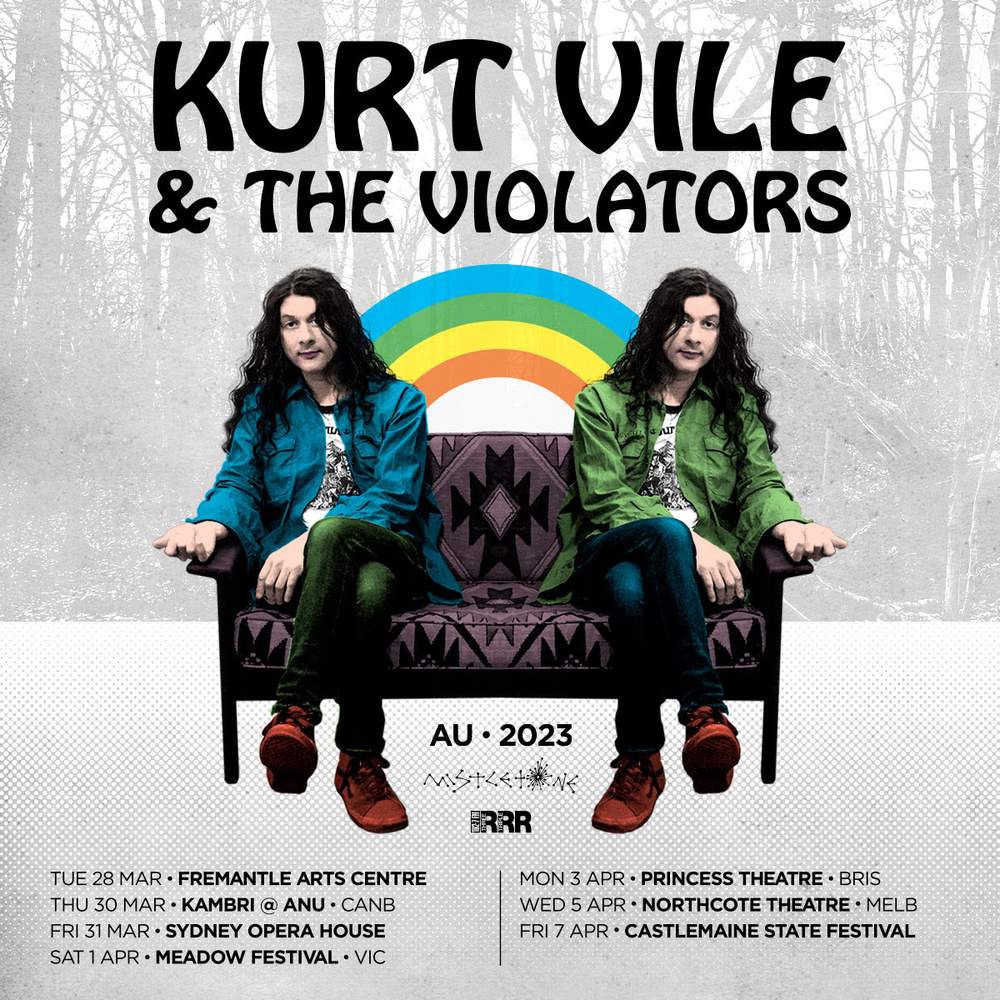 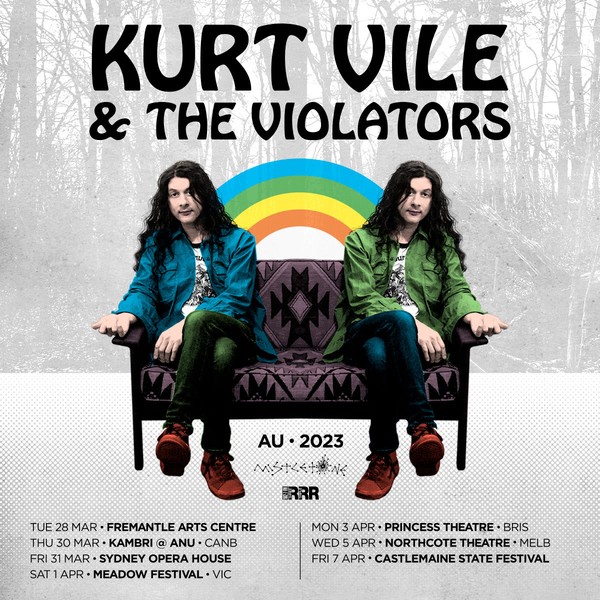 Over a couple of decades, Kurt Vile has perfected his own strand of blissed-out guitar rock, balancing catchiness with being “fried,” as he likes to put it. Fresh from an acclaimed new album watch my moves via Verve Records / Virgin Music Australia, and a whirlwind Australian trip which saw him share the stage with long-time pal and collaborator Courtney Barnett, opening for Nick Cave and Warren Ellis at Hanging Rock, Kurt Vile brings his slow-burnin’, free-wheelin’ jams back to Australia for a full band tour.

Kurt recorded watch my moves in his home studio in Philly’s Mount Airy neighbourhood of Philadelphia, with help from longtime collaborator Rob Schnapf (Richard Thompson, Elliott Smith). Across the record, which includes 14 originals as well as a version of Bruce Springsteen’s ‘Wages of Sin’, Vile pulls his talents in unexpected directions, resulting in a vibrant, yet meditative album propelled by his trademark laid-back charm and curious spirit. The album’s artwork features Kurt’s daughters Delphine and Awilda, who recently joined their dad for a festive version of Bob Dylan’s 'Must Be Santa'.

Tickets are on sale 9am - Thursday 15 December