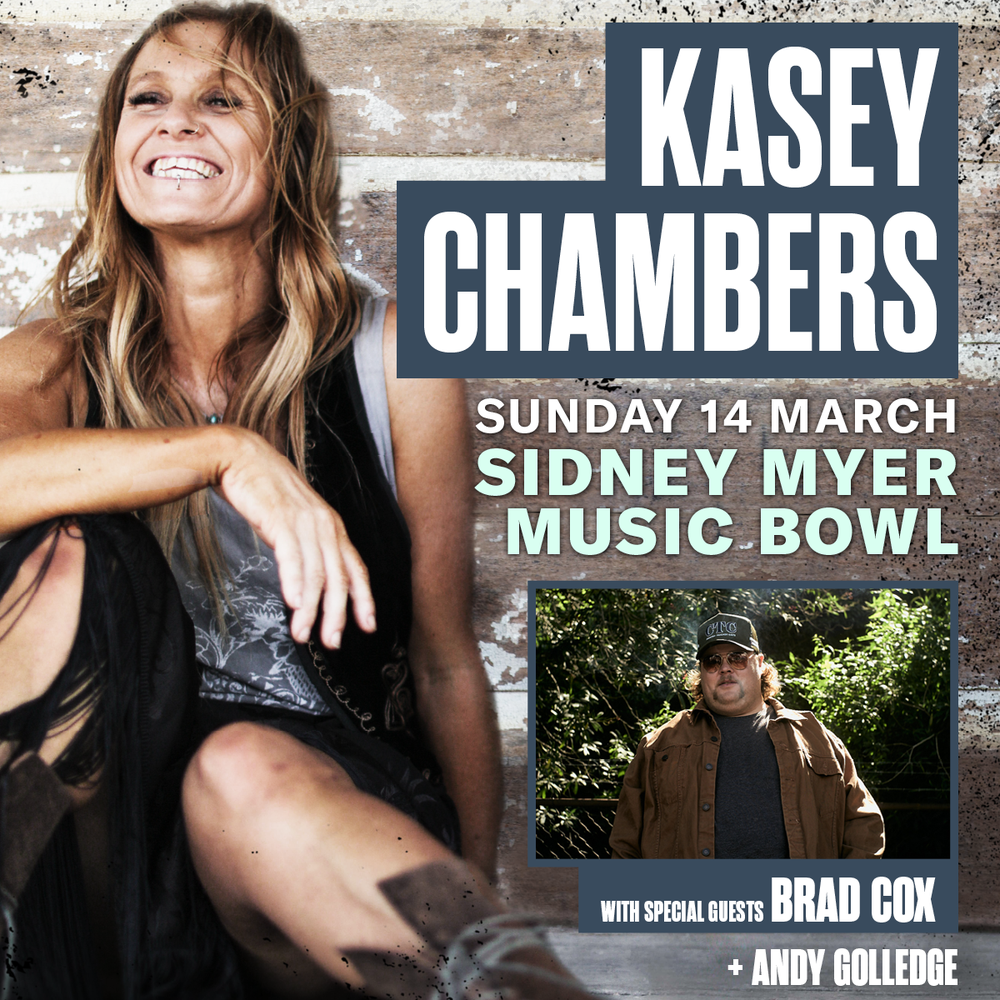 Kasey Chambers, who will take the stage for her first solo headline performance in over a year.

Kasey’s performance is part of the Live at the Bowl concert series, which sees Melbourne’s Sidney Myer Music Bowl host a now four-month-long festival that runs through to the end of April, featuring an all-local program of music, comedy, family-friendly events and more.

The genre-defying Chambers, who wears the honesty of country music on her sleeve, is one of Australia’s greatest international success stories. She’s garnered a cult following around the world with her unique brand of country, and over the past two decades has won 13 ARIA Awards, 10 APRA Music Awards, countless Golden Guitar Awards, and in 2018, became the youngest female to ever be inducted into the ARIA Hall of Fame.

Live at the Bowl is set up in a COVID-Safe, socially distanced format with tickets available in pairs or groups of 4 – 6.
Tickets on sale now !